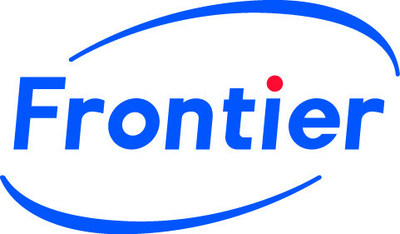 Dr. Sheng-Hua He, Director of the Department of Infection, Chengdu Public Health Clinical Medical Center said, "Treating hospitalized AIDS patients who are critically ill, especially those who are prone to opportunistic infections and have comorbidities, have been difficult and complicated due to limited treatment options. The ABT-containing regimen has no obvious toxicity to liver and kidney, which is conducive to the rapid initiation of ART treatment.

Currently there is limited data on antiviral therapy for hospitalized AIDS patients with complicated opportunistic infections. The two-drug regimen containing ABT can rapidly inhibit viral replication, improve cellular immune function of patients, and is safe and effective for treatment naive and experienced patients with low CD4+ T cell count.

We believe the findings from this real-world cohort presents an effective option of using ABT-based two drug regimen treatment and we hope that it will help inform physicians' clinical decisions and develop treatment plans for this vulnerable group."

The ABT-based two drug treatment regimen was found to be well-tolerated with no treatment-related adverse events. In addition to minimal DDI with ABT, patients on this regimen are eligible to start concomitant treatments for opportunistic infections or other existing conditions to ensure their health is stabilized in all manners possible. Further, there were no injection site reactions and no ABT-related discontinuation cases reported, indicating good clinical adherence and overall safety.

Albuvirtide will be distributed by Equity Pharmaceuticals in South Africa.

In May 2018, Aikening® received a new drug certificate from the State Drug Administration in China. In October 2018, Aikening® was included as one of the major antiretroviral drugs available in the Chinese guidelines for diagnosis and treatment of HIV/AIDS (2018) issued by the Chinese Medical Association's Infectious Diseases Unit and the China Center for Disease Control and Prevention. In December 2020, Aikening® was enlisted as an exclusive patented product in the National List of Essential Medical Insurance, Industrial Injury Insurance and Maternity Insurance Drugs (2020).

Aikening® in combination with other antiretroviral treatment is effective for both major and drug-resistant viral strains. In a real world setting, Aikening® was widely accepted as one of the ARTs for patients with high unmet needs such as HIV hospitalization and critically-ill patients, liver and kidney dysfunctional patients and multiple drug-resistant patients due to the new mode of administration (once-weekly injection), lower pill burden, fast onset of action, high resistance barrier and well tolerated safety profile.

About Biotechgate
The UK Biotech Database is a product of Venture Valuation and part of the global Life Sciences lead generation and intelligence platform Biotechgate. Our mission is to provide up-to-date company and business information of the Biotech, Pharma and Medtech sectors to professionals everywhere, in order to support them in identifying the most appropriate business partners, customers and suppliers.